Hosts Jane and Shay Given rolled out the red carpet at The Point at Lancashire County Cricket Club on 1 May to welcome a host of superstars from the worlds of music, football, food and entertainment to their annual Fashion Kicks fundraiser, which raised £200,000 for Macmillan Cancer Support and local charities.

Guests then enjoyed an exquisite dinner created by a line up of Britain’s leading chefs including Paul Heathcote and Nigel Haworth, before being entertained by Got To Dance winners Irish Dance group Prodijig, who appeared before the impressive charity auction. The evening culminated in a sensational set by multi-million record selling boyband Westlife, who gave their final charity concert to a delighted Fashion Kicks audience, which included Louis Walsh, Chris O’Dowd and a host of Premier League players including Mario Balotelli, James Milner, Danny Welbeck, Tom Cleverley, Micah Richards and David Silva. 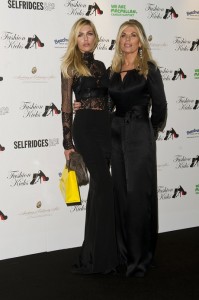 ‘Tonight’s Fashion Kicks event was the best ever! My wife Jane and I are absolutely delighted to have raised £200,000 for Macmillan Cancer Support and causes close to our heart. Jane has worked incredibly hard to organise this event, and we’d also especially like to thank Westlife, Dawn Porter, Prodijig and all our guests for their generous support.  We hope to be able to reach our goal of helping Macmillan and the local charities reach and support even more people who need it most’.