90’s girlband Cleopatra are getting back together to perform for the first time in 20 years as they headline the bill at Hearts & Minds Challenge charity ball on 29th November. The annual Ball will be held at the Piccadilly Mercure Hotel and this years’ theme is ‘Studio 54’.

The Manchester based trio, made up of Cleo Higgins and sisters Yonah and Zainam, have not been onstage together since disbanding in 2001. They will be performing a disco set on the night alongside a few of their greatest hits, such as “Cleopatra’s Theme’ and ‘Life Ain’t Easy’. 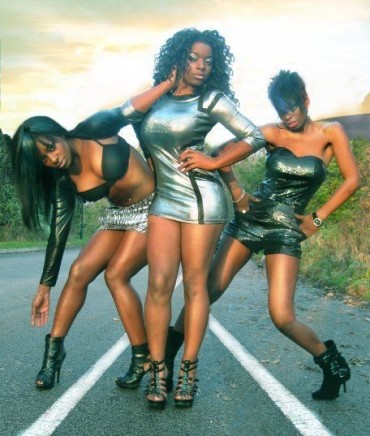 Lead singer Cleo, who is an Ambassador for Hearts & Minds Challenge, says the time has come for the group to reform and is delighted to be doing their exclusive comeback gig for the charity.

The Ball will go to raising money and awareness for the Hearts & Minds Challenge charity, which helps families around the UK who have children with autism. Patrons of charity include Boyzone’s Keith Duffy, TV Presenter Melanie Sykes and former Manchester United player Paul Scholes.

We were lucky enough to catch up with the singer to talk about her involvement with the charity and what the future holds for herself and the band.

How did you get involved with the Hearts and Minds charity?


Hearts & Minds is an incredibly important charity, there are so many autistic children out there that need help and they’re not getting enough help. I first became involved because one of the ladies that helps to run the charity, Cheryl Broadfoot, is a friend of mine and it took me a long time to realise what she was actually going through as a parent of an autistic child and I was just willing to help in any way I could. If there was any occasion where I could help I just got involved and after a while Cheryl asked me to be an ambassador so it just took off from there.

With lots of 90s bands getting back together for the Big Reunion, could we ever see Cleopatra making the same kind of come back?

There’s always a possibility with the girls and myself reforming, because we are sisters, we love music and we were born to do it, but right now it’s not really a major pin on the board. There are performances that we’re asked to do and if they’re really important, such as the one coming up for the Hearts & Minds charity, we’ll come together and do it – so you will certainly see us there together and it’ll be a lot of fun!

What was your most memorable moment being part of Cleopatra?

There are so many! But, there was this one time at the Brit Awards and we did an Abba tribute with a bunch of other acts including B*Witched, Tina Cousins and Billie Piper – it took a lot of learning with the dance routine and the different links to each song but it was a really great performance to do. I LOVE Abba and to meet Bjorn was amazing!

What can we expect to see you doing in the future?
Right now I’m playing a lead female in the West End and I know I’m there for a year, I’ve had such a good time so far but I’m not sure if I’m going to continue in theatre afterwards. I’m still working on my music and that’s my first point of call so you should be able to hear and see something new from me in the future! 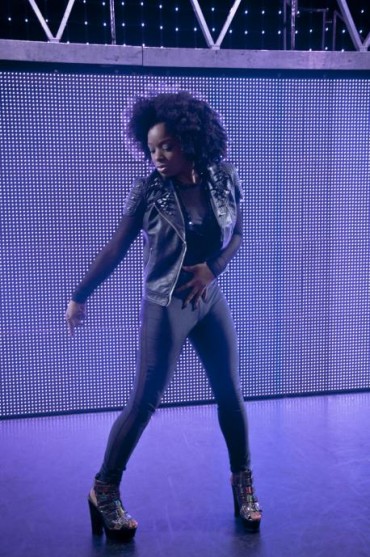 What do you love most about Manchester?

Now that I’m working in the West End I spend more time in London and work-wise that’s great and no offence to London but I love Manchester! I just love the people in Manchester, we’re polite people and we do care about each other, we do have our off days but you can bump into somebody in the street and they say ‘oh sorry, are you alright?’ but in London it’s so busy and it’s just not the same, I think it’s a dog eat dog world in London – I think in Manchester, as busy as we are, we always have that extra time to speak to people and I do miss that.

Most of all, I love the mixed culture in Manchester, I live in Chorlton and there’s so much going on in that area, I love that I can walk up the main road and you’ve got patisseries, Caribbean food shops, anything and everything – it’s a big bunch.

My favourite place would have to be Piccadilly Gardens – I love it there! Every time I go there I just feel like a teenager again. When we were coming out of the contract with Cleopatra one of our favourite things to do was to go into the city centre and if you remember the city centre used to have a dip in the ground and another garden before they flattened it out and put sprinklers in and I loved it there. I still love it now, every time I go there it just brings back that feeling of nostalgia and being a kid and I just love that place – it’s great.

How are you enjoying your time in the west end?


It’s brilliant, I’m lead female in Thriller Live – the people that I’m working with are amazing talents and amazing people and they’ve really made me feel welcome and at home. I’m really enjoying it, the show is a amazing and it’s high energy, you really have to get up on your feet and shake your body down to the ground – it’s a brilliant show. I have such a strong love of Michael Jackson, he is one person that has heavily influenced me as a musician, as a singer and as a writer, it was like a dream come true to do the show and I’m loving it!

What was it like being on The Voice? And is Will.i.am as eccentric as he seems?!

Yes he is, but he’s very grounded and much more down to earth than people would actually recognise because I think it takes a while for him to warm to someone or for someone to understand him and give him that opportunity to show himself to them, he’s a lovely person away from all the eccentrics. 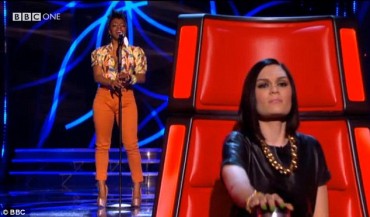 My time on the voice was quite an adventure and it was certainly an experience! It was also the first time I’d ever had a panic attack and I didn’t know what it was and I literally freaked during the blind auditions when I had a panic attack on stage during the rehearsal – I just got really nervous. I had another panic attack during the quarter finals because it was the first time the public had a chance to vote and I was shaking like a leaf and there were tears coming down my face and the make-up artist had to pat me down, and then there was literally a few seconds before they were like 3,2,1 and the music started and I was just like arghhh! But it was a great experience, I had a lot of fun and I met some great people and I’ve got some good videos to show for it.

What advice would you give anyone wanting to make it in the music business?

You have to work really hard and you have to work for nothing a lot of the time, 90% of the work you do, you’re working on nil money, trying to make it and trying to get there. The music industry has also changed, whereas the record labels used to fund everything, now they expect you to do it before even signing you, so you’ve got to work really hard at building your credibility. Get yourself a profile on an online space like YouTube to get yourself seen, even busk if you have to and associate yourself with as many people in the industry as you can. Also don’t ever stick your nose up at an opportunity to work with someone that’s unknown, you never know where that’s going to go and you may find yourself in a completely different position than you thought you would be, but in a better one. Be everywhere and be seen – that’s the best way forward and try to finance your own career.

Where do you/the band get your fashion inspiration from?

I love every era and I love every colour. Because I’m an eighties baby, I’ve just naturally got a sense of high shoulder pads, bright colours and pop art. I have a very extreme sense of style, I love Vivienne Westwood and Alexander McQueen but then I also love the local, talented Manchester stylists like Fatz K and Sidnie Couture, I wear a lot of their stuff. When I did the first audition for the Voice, I was wearing a top from Sidnie Couture, which is an Old Trafford based shop – their stuff is amazing! I love African prints too, you will mostly catch me in prints, but in terms of high street – it’s got to be Zara because I can really go for a sleek chic look and look classic but then they always pull it out with something crazy that’s popping. I love Karen Millen too, I’m only 5ft and their pieces always seem to fit and are always well made for my figure, so I love, love, love Karen Millen!

Tickets to the event start at £80 with table packages available. For more information and booking email Cheryl at Heartsandmindsevents@gmail.com

With thanks to Rococo PR 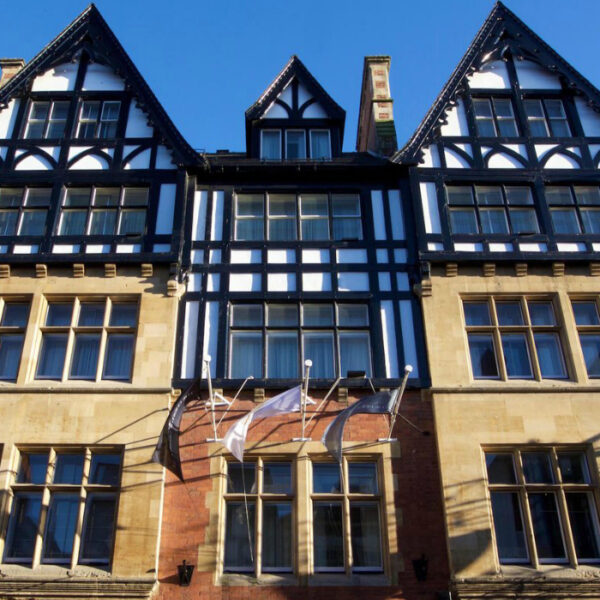 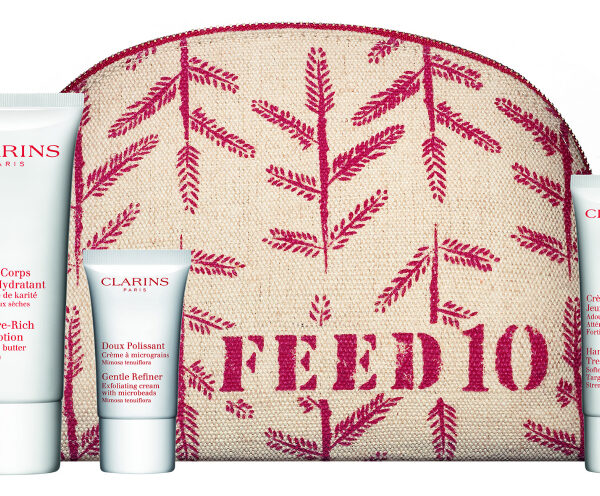 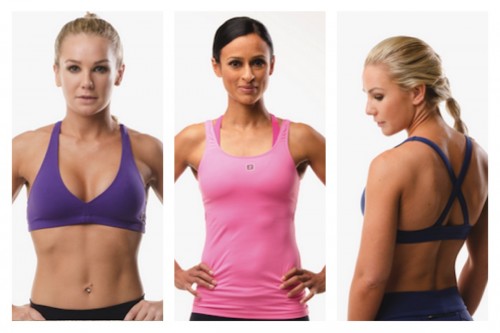