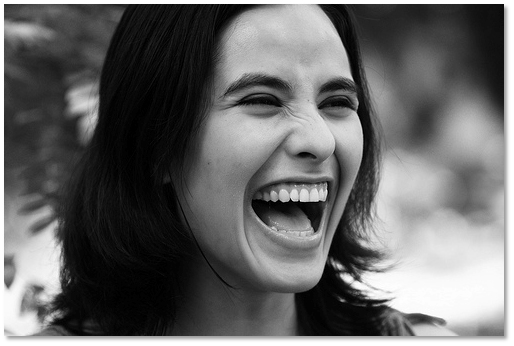 While there are many festivals devoted to comedy and humour, this is the first festival devoted to the art and science of laughing itself. It started in Piccadilly Gardens on Monday and this week will feature demonstrations of laughter yoga, laughter therapy, mass laughter and the first ever UK Laughing Championships.

“Laughter is a mood altering substance which is legal and free,” says Robin Graham, Festival director. “We can laugh ourselves happier, healthier, less stressed, more sociable, and build stronger communities.”

Tomorrow, The Triangle Shopping Centre will host the next event in the UK’s first festival dedicated to ‘laughter-for-no-reason’, with the laughter relay and a whole schedule of family activities.

The laughter relay will see one person laughing at one time and then pass the laughter onto the next, and on and on until there is no laughter left, in an attempt to set a record within the Laughter Yoga worldwide community.

Starting from 10am at Cafe Blend at the Triangle Shopping Centre, this festival is not about comedy, but is a participatory festival about happiness and playfulness and is an opportunity for Manchester to come together and laugh.

The laughter relay is part of a week-long festival which will also include free public laughter sessions in Piccadilly Gardens and laughter events taking place across the city at Schools and Hospitals.

“We tend to focus a lot on humour, but laughter is the real prize,” said co-organizer and Laughologist Albert Nerenberg. “There really is a new approach to laugher out there, where people can learn to turn it on at will. In a group that can be quite hilarious and entertaining.”

So why not join hundreds of others and try to laugh your way into the record books. For further information check out the website at www.uklaugh.com