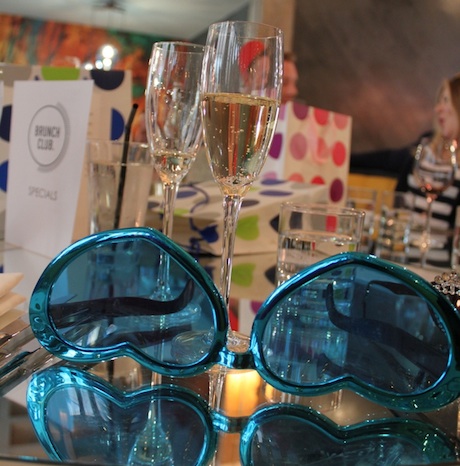 It would take either a severe case of myopia, or a major imaginative effort to mistake Manchester for New York City. We’re cool, for sure, but more of a Granny Smith than a Big Apple.

Spinningfield’s Neighbourhood Restaurant and Bar, however, is looking to change all that with the best party to hit a Sunday since, well… maybe ever.

Dubbed as “Manchester’s first champagne brunch” and “an afternoon of decadence and debauchery”, the ethos of Brunch Club is simple: Brunch. Drink. Dance. 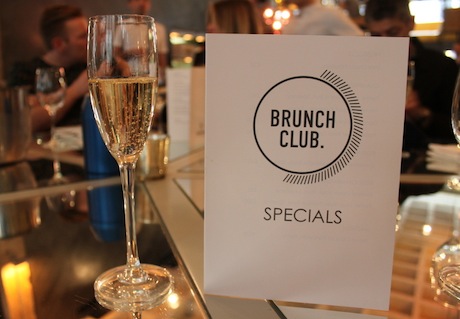 The Brunch Club menu (download here) features familiar classics such as Eggs Benedict and a Full English and Full American, alongside more upmarket options like the Crab Cocktail BLT from the Raw Menu (£9.50), Wagyu Sliders – a trio of mini Wagyu beef burgers (£14.00), or the Lobster & Bibb salad (£7.95). 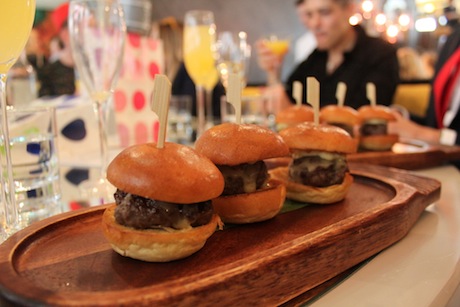 Some of the dishes, though tasty, seemed a little on the small side to satisfy the purpose of an American-style, Sunday afternoon, hangover-soaking brunch. We couldn’t help but feel that the portions ought to be significantly larger for the price point, à la the Blackdog family or Almost Famous.

However, the ambience, free-flowing cocktails and fantastic music, courtesy of Neighbourhood’s resident DJ – spinning a toe-tapping blitzkrieg of soul and funk classics from the eighties – followed by New York’s hottest female DJ, DJ Lexey, who flew in especially for the event, ensured that everybody was whipped up into a Shufflin’, Harlem Shakin’, party frenzy. 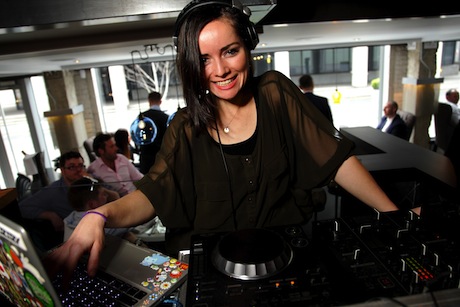 And as if the music itself was not enough, a series of flash mob breakdancing interludes by gravity-defying performers from The Dance Mob set the crowd alight with the hip, street flavours of the New York Subway. 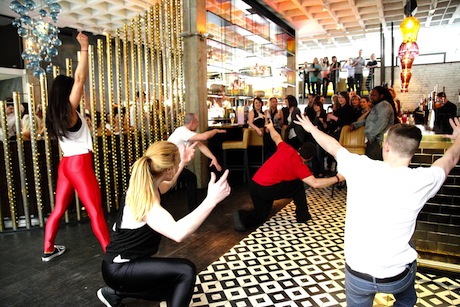 I don’t remember the exact time I finally tore myself away from the revelry, sweaty but happy, and emerged onto the grey, rain-splattered pavements of Avenue North. 7pm? 7.30pm?

It felt more like 3am. The last remnants of daylight were a shock to my eyes. I had a slight cramp in my right foot (probably thanks to dancing a little too energetically to Psy’s Gangnam Style). My head was a little fuzzy. And my face was flushed pink, alarmingly approaching the same colour of the many Strawberry Mashtini’s I had just consumed (so delicious, so moreish).

I think the last time I had this much fun and danced like a complete lunatic with a similarly merry bunch of uninhibited but, more importantly, friendly people was halfway across the world somewhere, in a country where the sun perpetually shines and the alcohol is ludicrously cheap, i.e. where the odds are already stacked in favour of having a great time.

The fact that this was not New York or Hong Kong or Koh Phangan but (a) cold, rainy Manchester, (b) a Sunday afternoon, and (c) I still had loads of time to grab some dinner and get the train home, simply made it all the more awesome.

In short: best Sunday ever. 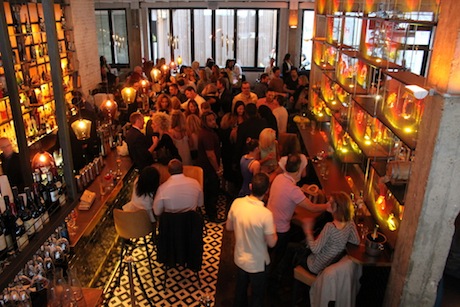 The next Brunch Club hits Neighbourhood on Sunday 5th May. And because it’s a Bank Holiday weekend, you won’t even have to worry about work the next day.

Reserve a table by calling 0161 832 6334 or email reservations@neighbourhoodrestaurant.co.uk


Words and images (unless otherwise stated) by Alaka Prodhan (@EchoingBronze)