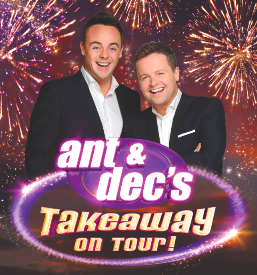 Since it first hit our TV screens in 2002, Ant and Dec’s Saturday Night Takeaway has gone on to win various TV Awards, with Ant & Dec themselves winning a BAFTA. So when we heard the show was going on the road, we couldn’t wait to see it at the Phones 4U Arena, Manchester.

Saturday Night Takeaway has set up camp at the arena this weekend for three shows, including a matinee performance on Saturday 16th, as part of 34 dates across 12 UK cities with various celebrity guests popping up along the way. 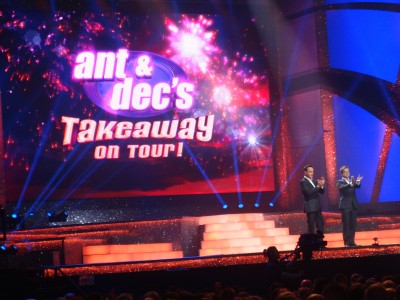 Speaking ahead of the show, Ant and Dec said, “We’re definitely more nervous than we would be doing the studio show! Part of that is because the audience in the arena will be such a big part of the show and they’ll be involved in a lot of the things that we are doing, so every show is going to be different for us so it’s not like we can prepare the show and just go out and do it. We’ve got to be on our toes and have our wits about us. It’s going to be nerve wracking but enjoyable at the same time.” 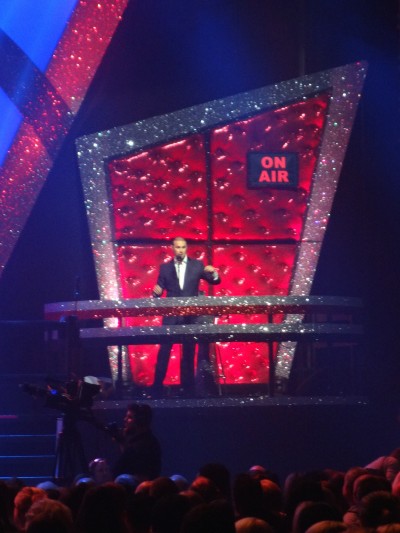 We were lucky enough to have Lancashire’s favourite export, (after hotpot!) Paddy McGuinness, as our guest announcer, while the fabulous boy band Blue entertained us with their greatest hits, including All Rise and One Love. 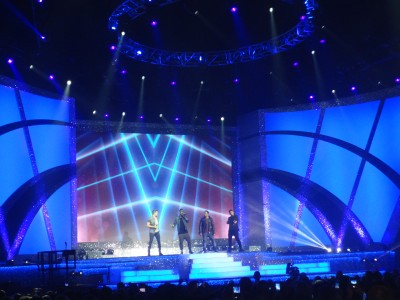 Former Pussycat Doll, Ashley Roberts, is also on tour with the boys and resumes the role as host of Ant v Dec. She dazzled the audience in a multitude of outfits; a gorgeous LRD with lace panels and metallic shoes, followed by a military inspired look with fabulous statement gladiator heels. She also donned her infamous mini skirt and crop top combo as she performed her new single, Woman Up. 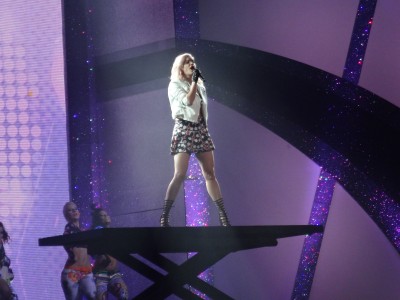 I wondered how the show would transfer from TV to stage but with all the regular features, including Win the Ads, Sing-a-Long-Live and Ant V Dec, the audience were not disappointed! We even had a proposal! (Luckily she said yes!) 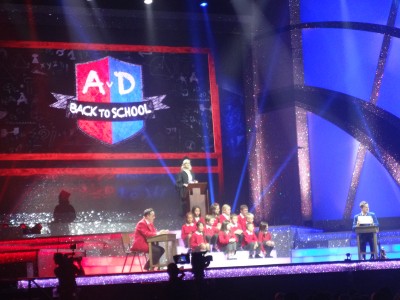 Ant V Dec saw the boys go back to school and then face a combat style challenge across the arena, getting the whole audience get involved; the crowd were split into teams to cheer the boys on and tonight Dec was unanimously crowned the winner! 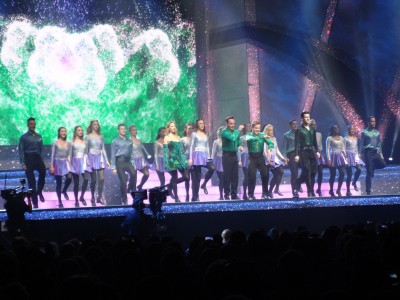 At the end of the show-show the boys wowed the crowd with a rendition of their greatest hit (ahem!) alongside a medley of Jump Around and Can’t Touch This. He was then joined on stage by Blue and the stars of River Dance who also treated the crowd to their amazing dancing. 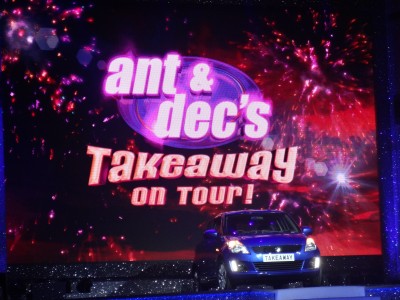 We had been told that the cheeky Geordie due had done their homework on the people buying tickets and that nobody in the audience would be safe from having the cameras turned on them or being plucked from the audience to appear on stage. One audience member was lucky enough to take part in Win the Ads, with the opportunity to win a Suzuki Swift and an All Inclusive Holiday courtesy of First Choice. Tonight Ashley from Clayton gambled his four correct answers and was lucky enough to walk away with all the prizes! 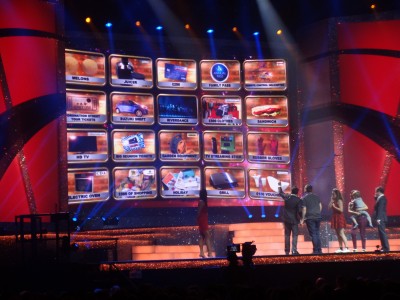 There are still a few tickets left for tomorrow’s shows before they head off to Glasgow and Belfest. so make sure you buy your tickets and head down to the Phones 4U Arena to be in with your chance to Win the Ads!

If you can’t make it this time, fear not, Ant tells us that Saturday Night Takeaway will be back on TV next February and I’m a Celebrity Get Me Out of Here starts in November!