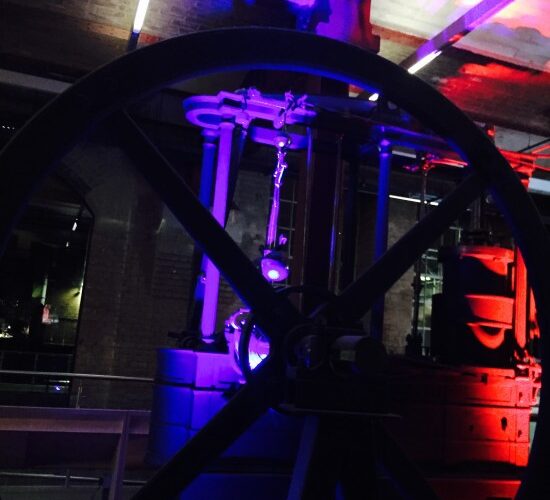 On Thursday 8th October STYLEetc were invited to an exclusive preview of the Manchester Science Festival,  to have our tastebuds tickled and tantalised at the Museum of Science and Industry. 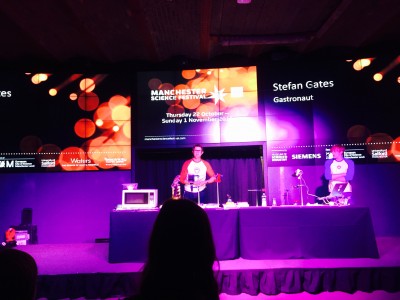 There was food sorcery from Mary-Ellen McTague  as delectable miniature canapés and delights which formed the first part of the experiential evening. We took part in the Kandinsky Effect, we were given three varieties of the same canapé using the exact same ingredients, however the test was they were presented in three different ways. The canapé was made with oyster-my absolute favourite, radish, verjuice which I had never heard of, mouli & beetroot, it was utterly delicious.

The next stage, we tasted a variety of fruit juice samples each one was the wrong colour which is the strangest brain twisting concept. I still cant get over how amazing the effect of just simply changing the colour of something that is consumed on a daily basis can become so confusing, I was utterly confused throughout this section of the experiment still can’t workout how lime and lemon juice were made blue and green??? 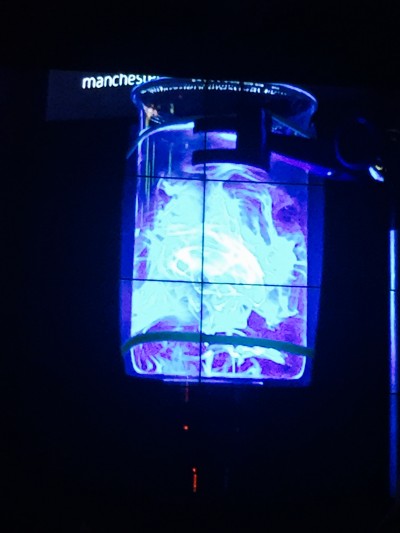 We were also sampled some sweet treats which was my favourite part of the whole evening, my favourite flavour combination is sweet and salty, but I am definitely not converted to salty crisps and chocolate it was a bit of a strange consistency. Think I will stick to salted caramel or chocolate dipped pretzels if I ever get a hankering for sweet and salty.

After a few more fun experiments it was time for the grande opening of the festival, Introduced by the Marieke Navin Director of the Manchester Science Festival. Their aim is to embed science into the city culture. Through the festival manchester will launch as the European City of Science quite an accolade, this is a huge opportunity to show what Manchester has to offer on a global scale through the Science Festival’s 10th anniversary happening in 2016. 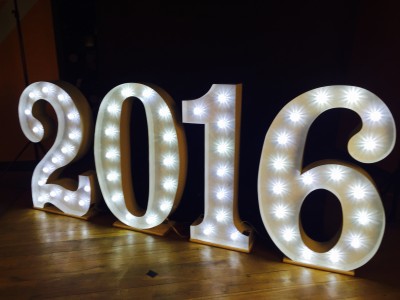 The second section of the experiments involved sampling four more fabulous canapés,  we had to rate each one as either Bouba or Kiki, this is all about focussing on your own senses and what each flavour is to you. We then went to the board featured below and had to say which we thought was more Bouba or Kiki.

The final and the most fun part of the evening for me was watching Gastronaut Stefan gates on stage, demonstrating many mini experiments, which those with children could be great fun to get them interested in food. From blue tongues, creating an earthquake and firing strawberry smoke at the audience it was a fabulous show. We did learn a thing or two behind the science of food. 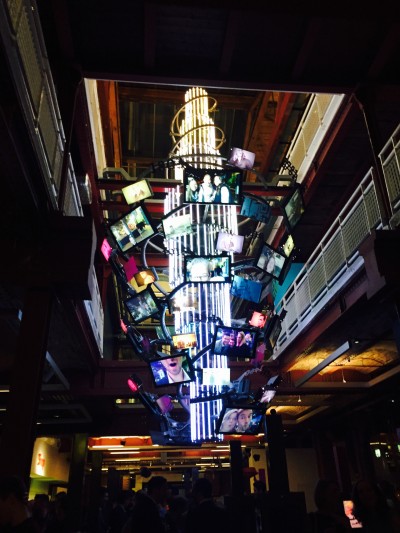 Also had to love the selfie wall, fab idea!

It is a great place to take the family and foodie friends, during the school half term break!

For further information taking place at the Museum of Science and Industry and to book please got to manchestersciencefestival.com.

← Hugo Boss: The Scent
A frightfully fit and healthy Halloween! →