Will Beckett and Huw Gott’s first restaurant outside of London, Hawksmoor Manchester, opens today, 5th March. The sixth Hawksmoor is a 130-cover restaurant and 44-cover bar with an Edwardian interior and a menu revolving around steaks from ethically reared native breed cattle along with sustainable seafood from around the British coast. 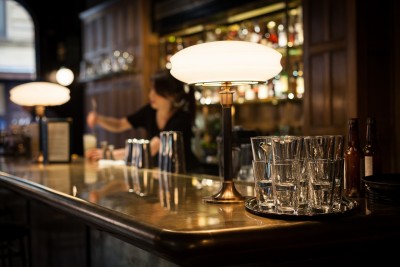 This is what Will and Huw do best, although it’s taken the pair a good few years to find their ideal site in Manchester.

“It feels great, after years of trying to open a restaurant in Manchester and months of building works, tastings and anticipation to finally open our doors and welcome people in. The Courthouse was the ideal location for us and we really hope Manchester likes what we’ve created here – really high standards of food, drink and service, but somewhere where you can have a good time as well as a good meal – none of the stuffiness that you sometimes find with ‘fine dining,’” says Will. 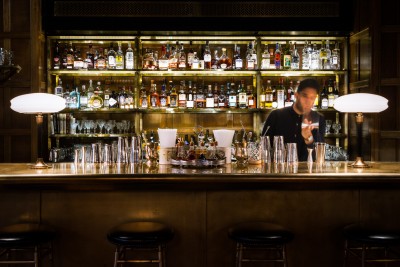 The interior takes its cue from the landmark Grade II listed Courthouse building the restaurant is located in. Reclaimed materials – including parquet flooring from a courthouse in the midlands, glazed bricks from a Nottingham factory (along with a few from a public lavatory in Liverpool), oak panelling from Birmingham’s Sandwell College and copperlight doors from a 1910 University of the Arts building – are used extensively to create a comfortable lived-in feel, with a touch of glamour coming from a long bar clad in brass and a run of antique Holophane pendant lights shipped over from New Jersey. 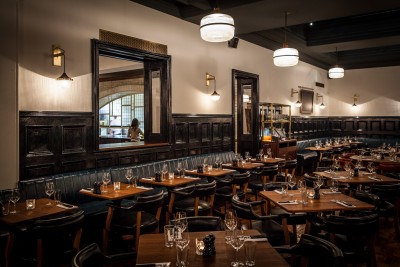 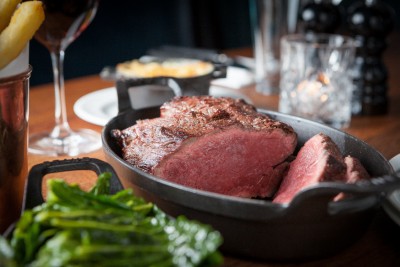 Pastry Chef Carla Henriques has created new desserts including a Black Forest Pavlova, Sticky Orange Pudding, Custard Tart with Yorkshire Rhubarb and Honeycomb & Hot Chocolate Sundae. But judging by the soft launch it’s likely to be her gold leaf strewn ‘Ambassador’s Reception’, a pudding-sized tribute to an old favourite that must remain nameless for legal reasons (think dodgy 80s adverts) that gains the most Instagram snaps. 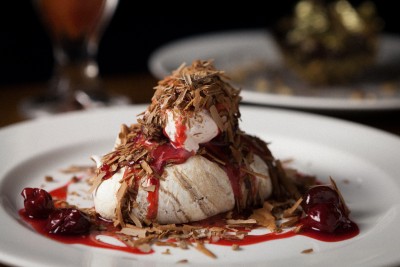 As with all the Hawksmoors, Manchester works with a number of sustainable suppliers, including Tim Wilson of The Ginger Pig in Yorkshire, whose grass-fed beef is widely acknowledged to be the best in the country and Mitch Tonks, a frequent Hawksmoor collaborator, restaurateur and ‘seafood champion’, who has helped perfect a number of new seafood dishes. 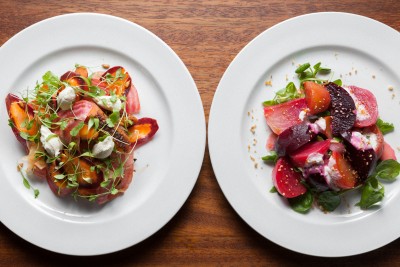 When they started out in the industry Will and Huw liked the idea of having a company that ‘did things the right way’, without any particular idea about what that meant. They now try to focus on these three main areas: being a good employer, sustainability and charity, and in recent weeks they have celebrated real achievements in all three; being shortlisted as one of the most sustainable restaurant groups in the country at the Sustainable Restaurant Awards, finishing 12th in the Sunday Times Best Companies and receiving an award by Action Against Hunger for passing £500,000 in fundraising & donations.

In addition, Hawksmoor Manchester will also be stocking its One Water Butterfly bottles. This charitable initiative, which came about after meeting Hawksmoor regular and ‘One Brand’ creator Duncan Goose, donates 100% of its profits to humanitarian projects around the world. Its not just about raising funds through soft drinks either. For every Shaky Pete’s Ginger Brew sold, 50 pence will be donated to Manchester’s Wood Street Mission charity. 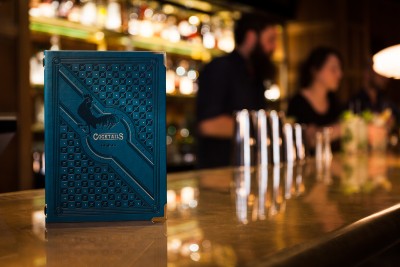 As with all Hawksmoor restaurants every Monday will see the continuation of Monday Wine Club; customers don’t need to pass a tricky initiation test to join the club, they can just come armed with their own bottle (or more) and pay corkage at the handsome price of £5. 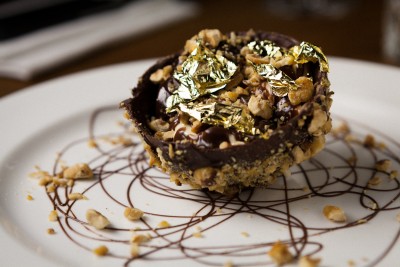 For those who want the Hawksmoor experience but don’t have the time for a full steak feast, the Bar Menu is available throughout the restaurant and there’s an Express Menu (available between 12-3pm & 5-6:30pm daily) with 2 courses for £24 and 3 courses for £27. On Sundays Hawksmoor’s slow roast rump of beef (which won an Observer Food Monthly Award for Best Sunday Lunch in the UK) is joined by a sharing Rib of Beef for 2-3 people.